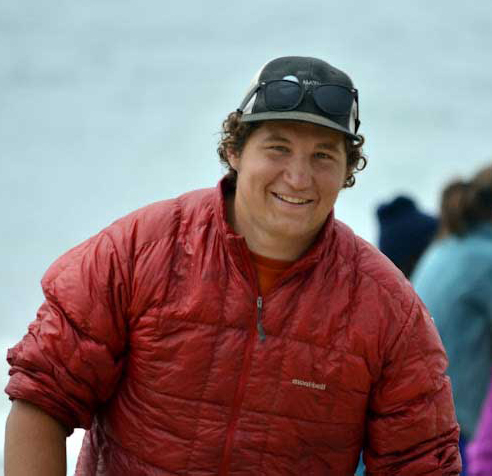 Brian grew up in southern New Hampshire. He attended Bates College and during his summers, he worked for the Appalachian Mountain Club (AMC) hut system. He worked at Lakes of the Clouds, Madison, Greenleaf and was hutmaster at Galehead. Currently during the school year he works at the Outdoor Academy, a semester school in North Carolina. There he teaches an Environmental Seminar course along with Appalachian Crafts. He also leads backpacking trips and is the head rock climbing instructor.

In Brian’s free time he likes to go on his own adventures. In 2013, he built his own canoe and paddled the Northern Forest Canoe Trail, a 740-mile trip from Old Forge, NY to Fort Kent, ME. He was so inspired by traveling on a vehicle that he built himself that during the summer of 2014, he built his own bicycle out of bamboo and biked across country, 3,800 miles from Bar Harbor, ME to Anacortes, WA. Brian hopes to share his love of the outdoors and zest for life with anyone who wants to join. This will be Brian’s third summer at Cragged; he led the Allagash in 2015 and was the director in 2016.