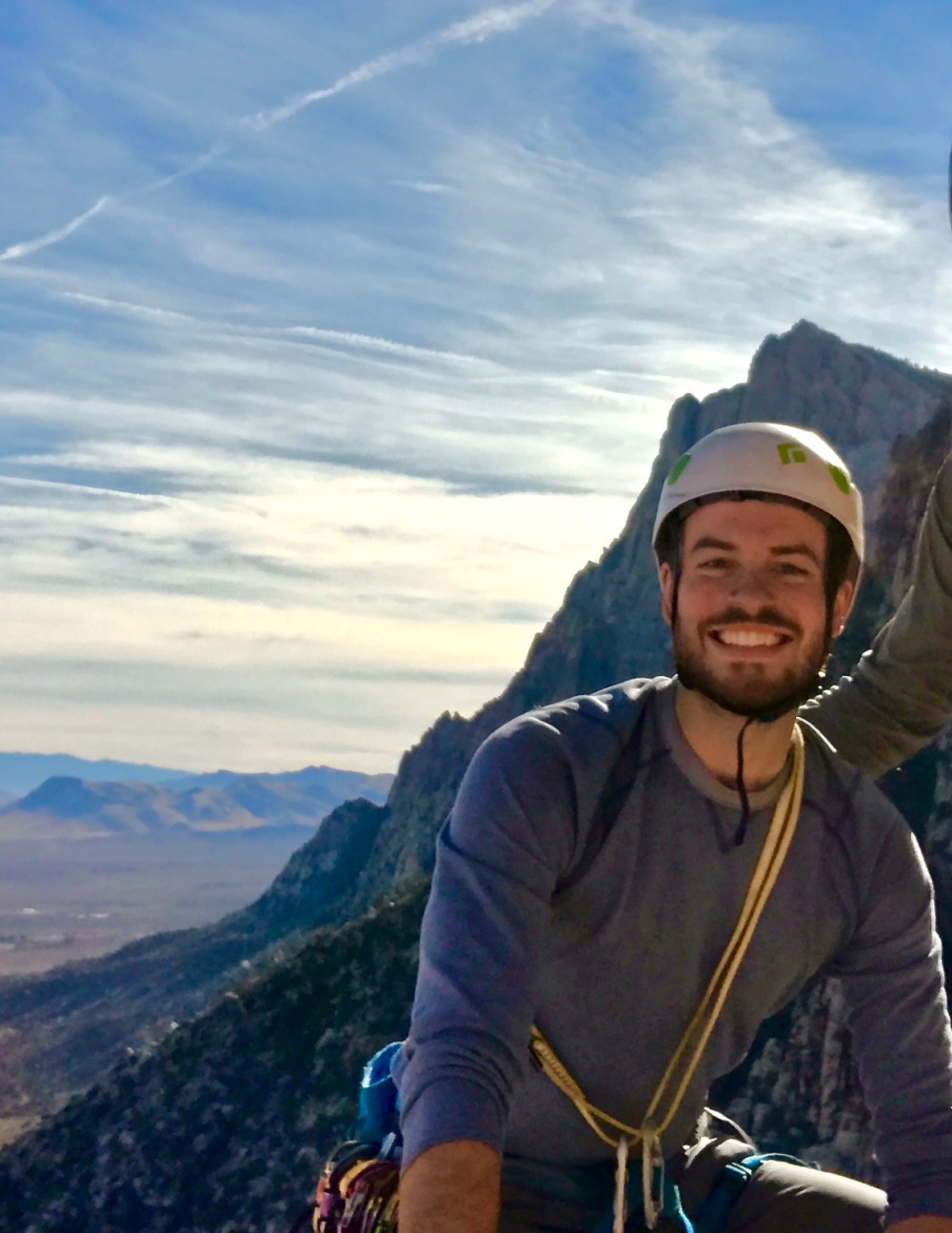 Derek grew up in Knoxville, Tennessee and the mountains of the Southeast, where he gained a love for exploring the outdoors with his family. He moved to New Orleans in 2011 to study economics and the environment at Tulane University. Following graduation, Derek embarked upon a Year of Discovery, upon which one the many things he Discovered was the wonderful Cragged Mountain Farm.

This is Derek’s fourth summer leading trips for Cragged. Outside of the New England, he has also worked as a trip leader of sorts in the South and Midwest, the Bahamas and the Philippines. When he isn’t coaxing campers to the top of Mt. Washington, Derek enjoys climbing rocks, riding bikes and funk music with sci-fi sound effects. Derek is currently a graduate student at Indiana University where he studies energy transitions and goes climbing as many weekends as possible. His favorite color is purple. His favorite animal is the honeybee.