The sun was shining through the trees, greens and yellows dancing on the cabins. The Wilderness Program set off after breakfast to their canoeing trip on the Rangeley Lakes in Maine. We are eagerly waiting to hear about how their paddle goes.

After a wonderful Sunday morning Assembly, Will introduced the game Jays and Junkos to the campers and staff. The game recreates the bird world and everything that a bird must go through. Everyone begins as a songbird with a partner, creating a nest and special calls for each other. There is no talking in a human language when you play, just bird calls and songs. As the game began, some songbirds turned to Bluejays, which attack nests and steal food! From there more and more birds are introduced. Crows came along followed by a Goshawk and a Falcon who eat other birds! Turkey Vultures were around too, feasting on the dead and collecting more seeds. Other creatures are in the bird world as well. A Bobcat and a Fisher Cat lurked around, killing any bird they could. Friendly Bird watchers were also in the woods handing out food and talking with them. There were also some Sunflowers that danced around playing music.

Jays and Junkos allows all of camp to embody another world that we aren’t as familiar with. Birds are beings that we observe every day but don’t necessarily think about beyond the surface.

During rest period campers were allowed to come down to the farmhouse and watch the World Cup Final! At times the silence could have been sliced, but when the goals came campers were excited to be cheering on their team.

Loon Lake was a lovely way to end a hot day. Some campers even swam across the lake! We spent so much time at the lake having fun that dinner was later than usual. 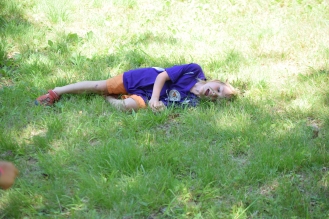 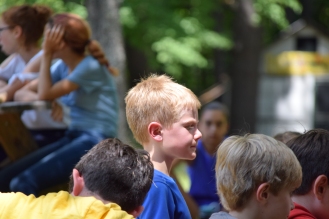 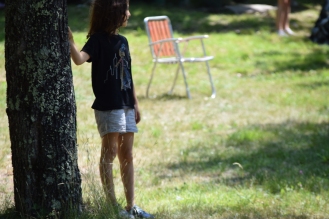 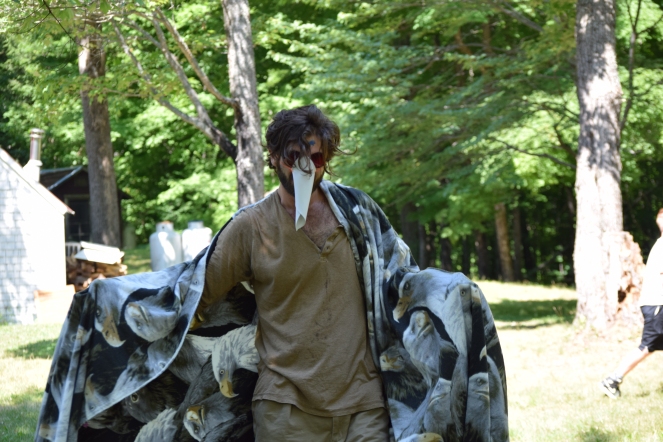 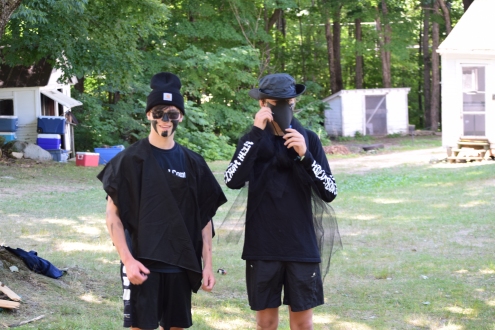 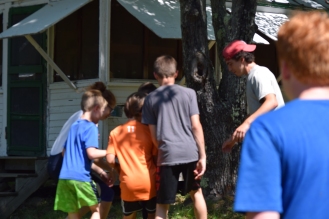