Stories from Cragged Mt. Farm are what we thrive on during the year, getting us through those days when we wish we were swimming at the lake or playing Cragged Ball.

Below is a story from Dana Kirkpatrick, a former camper and longtime staff member here at Cragged.

Every summer, the Town of Freedom had a parade. It was a highlight for the 2nd month campers. The staff usually built a float on the poor 1971 Chevy pickup truck. One year a float was built to look like Skylab with the theme “Happiness is Freedom” and CMF added, “because Skylab missed it”. Skylab reentered the atmosphere in the summer of 1979 and was a hot topic that summer. It missed by a large margin, landing in the south Indian Ocean with some debris ending up in Western Australia.

I cannot remember what the theme of the parade was in 1985, but I remember spending quite a bit of time building a covered bridge on the pickup truck, led by Ben Utter with help from Jim Scully, Tim Reed, Ivar Engen and many others. In the photos, you will see the campers and staff getting ready for our turn to show off our costumes and float. 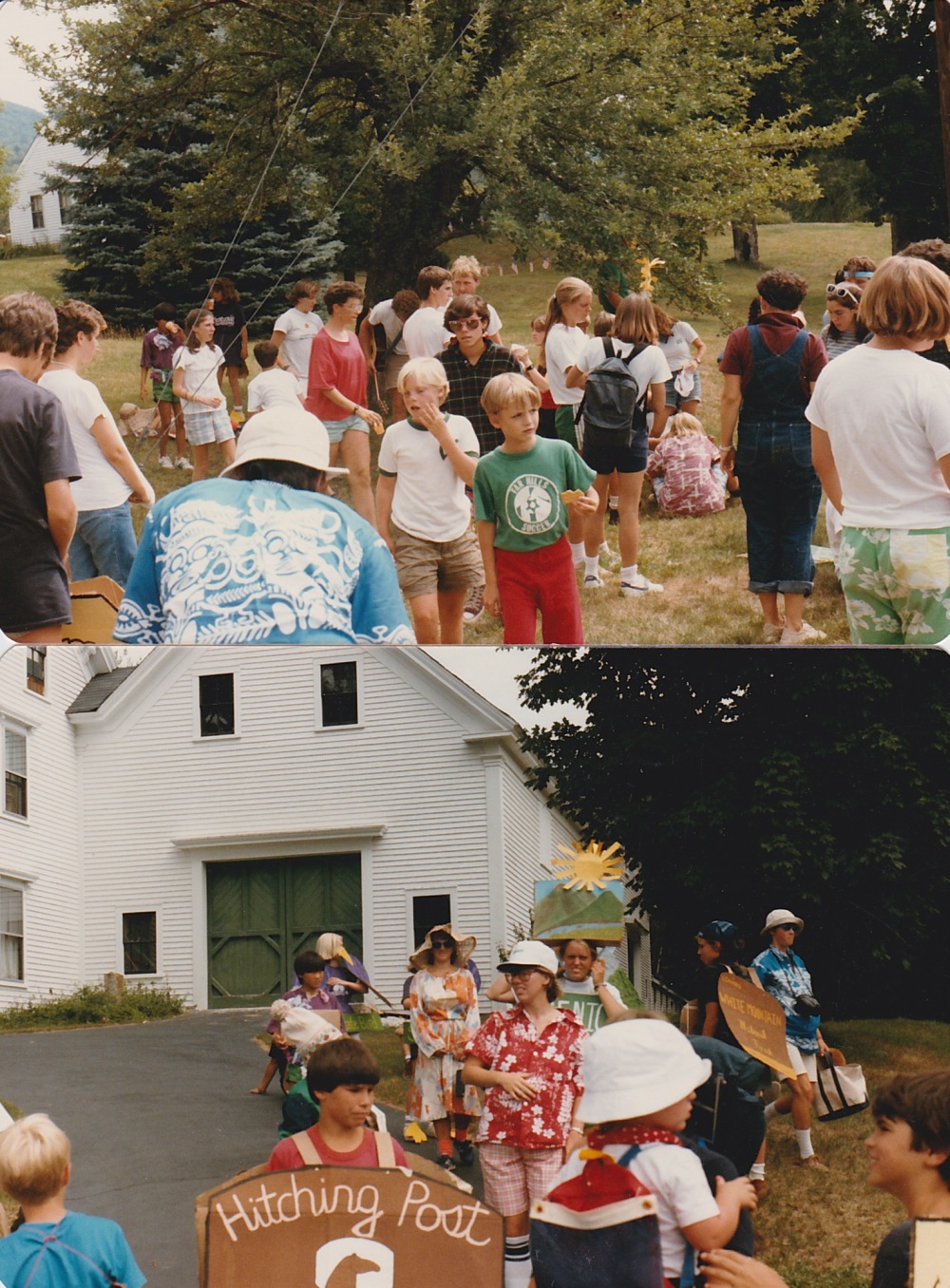